It AAPened again... In Tihar jail.

Normally I never post on political issues in my blog; the one exceptional case was when Arvind Kejriwal became CM of Delhi. In that post, I tried to reason the tremendous performance by a political party that was very young and not with any substantial ideological backing. After some months this is another post on the same person.
Now situation has changed drastically from the time of my last post. AAP quit from governing Delhi in just 49 days and contested in Loksabha elections opposing Modi and his party BJP. They failed miserably and proved that they have lost the goodwill throughout the nation and particularly in Delhi. They tried to get back the abandoned Government in Delhi, but no one backed them. Delhi elections are impending. With their performance in the seats in Delhi in the Loksabha elections, there is minimal hope.
Two days back Kejriwal got arrested. He was send to Tihar jail by the Metropolitan magistrate. AAP cadre has started agitations against arresting their beloved leader who as per their claim is not a criminal. The case was a defamation suit filed by Nitin Gadkari, BJP leader. Kejriwal had made a list of most corrupt politicians in which Gadkari was named and announced it publically. Gadkari claims that he was insulted and went to court.
Court summoned Kejriwal and directed to sign a personal bond of Rs. 10,000, which he refused, reasoning that signing bond is against his party policy and many poor people who are not wealthy enough to sign bond are languishing in jails all over the country. The next alternative of the court was to send him to jail, which it did. This has caused AAP to agitate.
This is the whole background of the happenings. Why Arvind Kejriwal, who has not done any crime, is jailed? For this we have to know a bit about the legality of the issue.
India has a system that ensures its citizens’ freedom of speech. But there may be someone who misuses this freedom by baselessly insulting others. If I feel someone insulted me publically, I can sue them for defamation. When I file a defamation suit, it becomes the responsibility of the person who insulted me to prove either the comment was not insulting or what he commented was based on truth with facts and figures.
The first step the court takes after receiving a criminal suit is to summon the other party (defendant) and fix a date to hear his side of the argument. If the defendant does not come it is forcefully done by arrest. Serious crimes like murder are non - bailable offenses and the defendant has to live in custody till the hearing day and police is responsible to bring them to court. For other crimes that are not that serious, a bond is required to avoid judicial custody.
For many criminal cases a bail bond has to be signed by a reputed citizen who owns taxable property in India. They have to appear with the tax receipt and sign the bond, taking the responsibility of the defendant appearing in court for hearing. If the crime is not serious and the defendant is a person of repute, judge can insist for a personal bond. i.e the defendant agrees that he will appear before the court on the date of hearing. The court will require defendant to sign the bond for an amount, say 5000 or 10,000 which is the surety that he will do so. If he fails to appear on the day, only then this money will be encashed.
Criminal procedure of our country is such that, the defendant can avoid custody by signing a bond if the court approves.  In case of Kejriwal, he proclaimed that Gadkari is corrupt in public. Gadkari filed a defamation suit. Court summoned Kejriwal and he appeared. Next step is judicial custody and court gave an option to opt for a personal bond of 10,000 considering him a man of repute. But Kejriwal decided not to sign the bond. If he does not chose that option, the law of the land states that he has to be in judicial custody till the day of hearing.
Now my doubt is whether Kejriwal is so ignorant of this simple criminal procedure. It seems he is in dire need of some news space as his opponent in Varanasi is holding the limelight for now. Also impending elections in Delhi is also a reason for all this drama.
PS: Another defamation suit was filed by Gadkari on Manesh Tewari of Congress party for some of his remarks in 2010, regarding Adarsh scam. Last month Tewari had to issue an unconditional apology to Gadkari as he was unable to substantially prove any of his allegations. Following the apology Gadkari decided to withdraw his complaint. 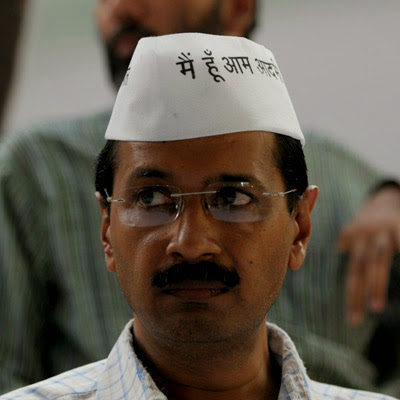 Labels: current affairs, India, politics
Email ThisBlogThis!Share to TwitterShare to FacebookShare to Pinterest
Posted by Harish P I at 6:20 AM