Aadujeevitham (Goat Days) by Benyamin was a sensational début. What I loved about it was the rather simple narration devoid of any gimmick. The plot had borderline elements of a fantasy, yet the narration was footed in reality. Manjaveyil maranangal (Deaths in Yellow Sunlight), his another bestseller that I just read, stands totally opposite. It follows a non-linear structure, is pretty fast paced and almost surreal in narration.

A man living in the distant island of Diego Garcia sends an email to Benyamin. Christy Anthrapper always wanted to write a novel in Malayalam. His ancestors used to be the rulers of the island. He happens to witness the murder of his old classmate Senthil in broad daylight and later finds that all evidences of the murder are removed from records. He sets on a journey to find the truth and lands in Kerala only to find out deeper secrets waiting him there. He has written his life story and each chapter is hidden with different major characters of the novel. To find out what happened to Christy Anthrapper, Benyamin has to get hold of each chapters from them and find the clues.

I loved the complexity of the story. Benyamin succeeded in writing a thriller of a plot with several characters who leaves an impression in reader's minds. 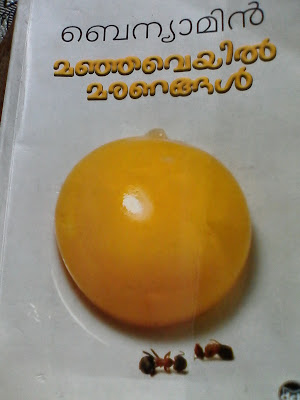 Labels: book, books, malayalam
Email ThisBlogThis!Share to TwitterShare to FacebookShare to Pinterest
Posted by Harish P I at 2:10 PM 1 Comments 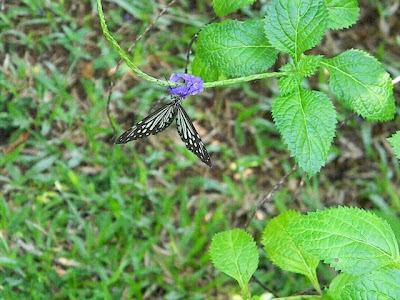 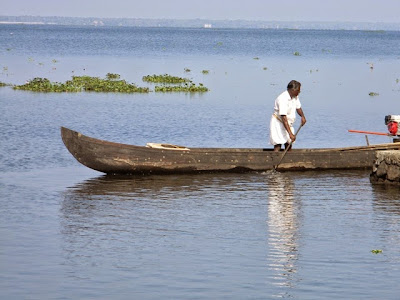 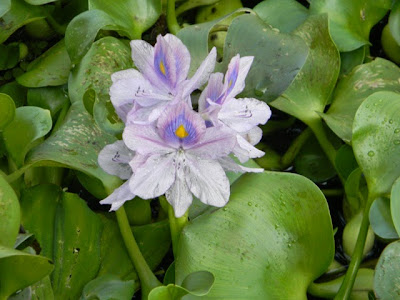 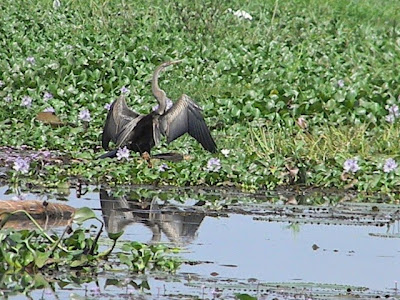 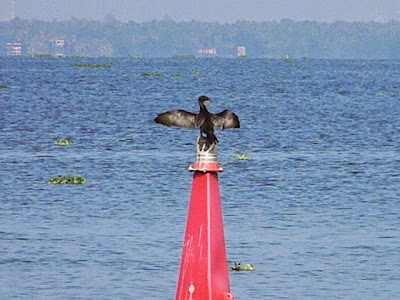 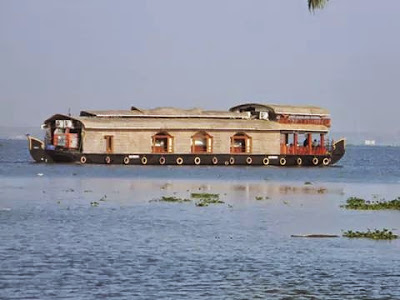 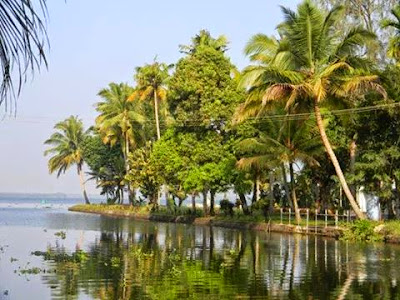 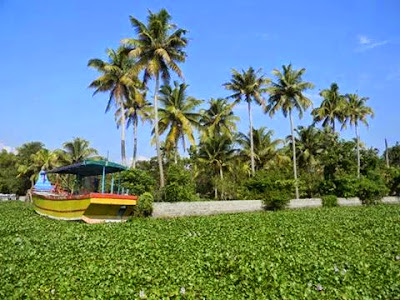 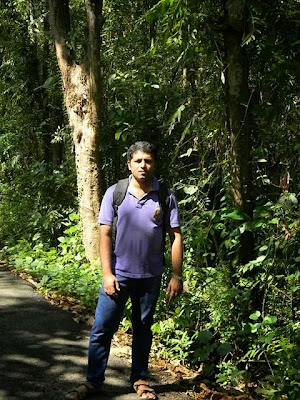 Labels: photos, travel
Email ThisBlogThis!Share to TwitterShare to FacebookShare to Pinterest
Posted by Harish P I at 4:27 PM 0 Comments

A Day Lost in Train

After reviewing Railonama, the book about train journeys, I remembered a couple of experiences while journeying on train. I thought I would scribble one of them here.

This happened at the time when I had completed my education and was searching for a job. Through one of my friends I got an interview call from Pune. I went and booked the train ticket from Shornur Junction to Pune. Train was supposed to start the next day afternoon from Shornur. After booking a sleeper berth, I casually asked the booking officer about the arrival time of the train in Pune. He replied that the expected time is early morning 3 o'clock.

The next day I boarded the train from Shornur. There was a boy of my age sitting across my seat. By the time train started, we were chatting. After an hour passed, he was telling about the long journey ahead of us and about passing a whole day in train. It took sometime for me to realize that the train won't reach Pune the next day morning. The scheduled time is at 3 O'clock the day after. I had a whole day to spend in train...!

Mobile phones were not so common those days and there was no way I could convey this new situation to my friend in Pune or to my family. I tried to find a phone booth at any passing station, but a few coin phones were only for local calls. I passed a day sitting on thorns.

When I reached Pune, I called my worried friend and he was relaxed after hearing me. Same with my family.
Labels: humor, humour, life, train, travel
Email ThisBlogThis!Share to TwitterShare to FacebookShare to Pinterest
Posted by Harish P I at 10:16 PM 0 Comments 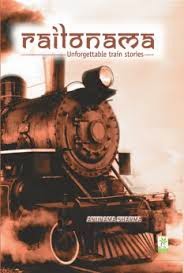 Railways are the lifeline of India. Millions of Indians depend on it for their transport requirements due to its access and cost effectiveness. For anybody to see India and experience its diversity, a long trip through rail is mandatory. Even the emergence of low cost aviation or of posh buses has not made a dent in the loyal costumer base of railways. Any movie or book by an outsider about India compulsorily includes the involvement of trains. Take Slumdog Millionaire or The Myth for example. Every journey through rail is a soulful experience. When I was given a chance to review this anthology of 'train stories' based in India- Railonama, the first thing that I did was recollecting all the good, bad and the ugly trips that I took in trains. So many experiences I had, so diverse people I met, so different places I saw, I felt I could fill a book with all that details. And I am pretty sure, so would be the case of many others.

Railonama, as I told in the last paragraph, is a collection of Indian train stories contributed by people throughout the world. The person who created this book is Anupama Sharma, who has also contributed an inspiring story- A Slice of Apple, about the joy of sharing. The book contains forty five stories, (some among them are poems), contributed by writers from different strata and different generations, focusing on multiple aspects of railway travel in India. Though all the pieces are worthy of reading, I would just mention a few that were appealing to me. The book opens with the story Courage is Everything, in which Dr K C Jindal recounts how he treated an unconscious boy in train when he was a medical student- his first patient. Ken Haigh from Canada had to suffer an overbearing stranger on his journey from Bhutan to Kolkatta in the immensely funny account My Boon Companion. Dr Roshan, whose blog Goodyears I follow regularly has contributed a cute story about two kids who causes their families to acquaint with each other by bartering sweets in train.

Kshitij Bisen encounters a life changing moment on his train journey when he discovers that being homosexual is a normal way of living. Esprit de Corps is the story by Ajay Mankotia in which he recounts his experience of his mother missing the train when she got down on platform to buy food. Life on the Edge by Ganesh is about the thrill that a train journey gives when travelling at the door of a speeding train. The Castaway by Vibha Batra is shocking and hard hitting on its last sentence. Elsewhere by Anindita Deo is about an intuitive person whom the writer meets on a journey. This story builds a great atmosphere by its narration. Sumedha Sengupta's story A Very Special Passanger happens in pre-independent  Indian when the author, then four, saw Mahatma Gandhi riding a train. Sheela Jaywant tries to make us wise about the perils of transporting canines in trains in a very entertaining way and succeeds. Travelling through Kerala is a wonderful poem by the German Frank Joussen in which he claims though Kerala's nature is beautiful, the true beauty manifests in its people.

The range that these stories present is vast, and that I feel makes Railonama a must read. It covers the good, the bad and the ugly of Indian Railways making it a roller coaster ride of emotions. After reading Railonama, I am sure my journeys by train will never be the same again.