Tall Man Small Shadow is the debut novel by Vipin Behari Goyal who is an avid reader, an award winning documentary movie maker and a Fiancial Advisor in the Government of Rajasthan by profession. The author tries to explore several existential dilemmas by telling the life story of some complex and inter related characters. He try to make the reader think deeply on the topics of coincidences, human behaviour, kindness and relationships.

Tall man small Shadow is the story of Alya who is doing her research in Literature and of Salil, an IT employee with a past and in love with a shadow. It is also the story of Anupam, Alya's father , who is a loner and sometimes takes up the mantle of the narrater and her mother, Sulekha who is mostly silent and ill most of the times, but reveals to be a lot more than what meets the eye by climax. There is another couple who is integral to the story- Seema, a childless woman who happens to be the research guide of Alya and her husband Paul, a theater personality. Alya and Salil meet up early in the story and an affair develops naturally. Anupam notices it. Parallely she develops a physical relation with Seema, her guide. Sensing the sorrow of Seema, Alya decides to help her and enlist the help of Salil.

I have read a few European existential novels, that of Kafka, Kundera, Camus, Snow by Orhan Pamuk and have got inspired by them in various degrees. In this novel, I could feel a strong influence of Kundera's Laughable Loves, especially in the narration style. In that book protagonists who are very normal people, gets into situations where they are forced to realize unknown facts about life. Writer tries to attempt something similar here with not so good results. I know, pitting a self published debut book against that of a literary giant like Kundera is not fair. So I will try to evaluate its individual merits.

The book is quite simple to read. It is short and all the chapters are just couple of pages long. All the philosophical parts are quite well written. These comes in the parts narrated by Anupam. The problem lies in connecting these nuggets with the story. It is not at all convincing and the twist in the climax negate the whole build up. The story is narrated from the view points of different protagonists. The parts of Anupam is told in first person while others' view points are in third person. I never felt any dire need for such a technique, but it is ok or me as it gave some novelty to the otherwise grim story. The problem is that writer seriously confuses his first person and third person segments a couple of times. Just some good editing could eliminate these issues as well as some typos occuring in regular intervals.

The characters of the book are interesting, but the plot let them down seriously. The situations never get serious and even serious points get trivialised and fails to create an impact like that of sperm donation or lesbianism. Finally I would say this novel has very less to offer for a well informed reader. 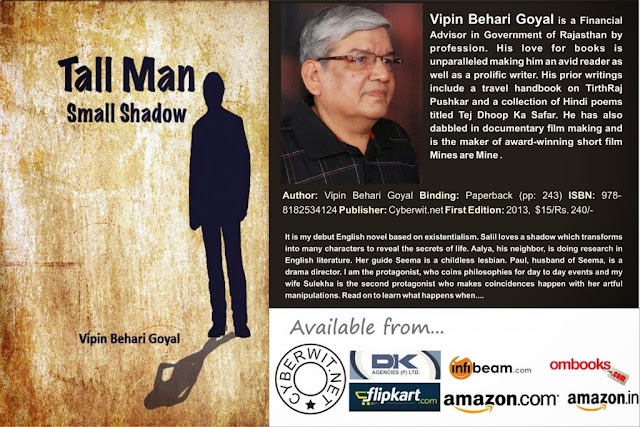