An Achcha Din With Indian Railway

A few months back I had commented to someone about a marked improvement that I observed with the railway infrastructure. Stations, coaches and even railway lines were kept cleaner, considerably improving the whole experience of travelling on rails. Even the affair of consuming rail food, the quality of which stayed in the same dismal state, was less unpleasant thanks to the absence of stink.

Today, when I ventured on the platform of Ernakulam Junction station, I was overcome by nostalgic feelings from a bygone era, when welcomed with the strong smell of garbage and piss. I was travelling to Thalassery, a tough journey when you consider the intense summer heat that is again doubled by the railway coaches that are ingeniously constructed using materials which are the highest conductors of heat making you remember the images etched into the minds of public by a certain Mr. Dante. Adding to the heat  is the perplexing railway schedule that somehow manages to consistently stop the exact train in which I get in to make way for every other trains that cross us, making the actual journey time taking double than the announced.

But today when I got into the train I had a bigger reason to be pissed off. It seems the rate of sleeper coach tickets when purchased on the spot for day time journeys has been insanely increased. That means a Rs 110 sleeper coach ticket will cost me Rs 195 now! This, for a service that no one uses, because nobody in their right mind will sleep in a daytime journey for reasons that I already detailed. Its a perfect recipe for certain harakiri. Buying general class tickets is out of question as most express trains have just two general coaches- three if we consider ladies' coach, but that one is out of bounds- in both extreme ends and they are filled in light speeds. There are atleast 12 sleeper coaches, most of which are either empty on day time or filled with passengers with general tickets.

Now if I am doing an advance reservation for sleeper tickets it will be costing me much lesser even with the reservation charge added in. But this is not possible when an unplanned journey has to be made in an emergency situation. So what railway essentially want is to squeeze passengers who are out of possibilities to make them part with as much money as possible. And the services are back to the terrible and despairing state it was in before.

A more ethical way to fill raiway coffers would be to make the employees stand on the exits with daggers and guns and extort money from exiting passengers threatening them of dire consequences...

... My Achcha Din has just begun. Will continue once I get chance to recharge the cell batteries. I found a plug point on train but as expected it doesn't work.

In A Cat's Eye by Kevin Bergeron 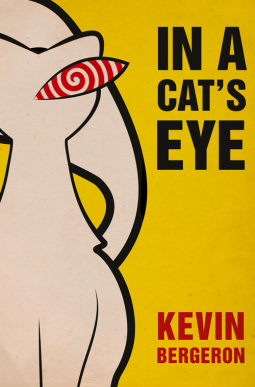 Willy finds Nancy, the girl he fancies, dead in her room in Hotel Morpheum one day. He too stays in the same hotel. Willy is a misfit- jobless, an ex-convict, totally lacking in social skills, living in his own world and highly volatile. He never pays his rent, but the landlady keeps him there as he is good with tools and comes handy. Police and other lodgers believe Nancy had overdosed on cocaine, but Willy is dead sure she was murdered. He knows that because her favorite statue is missing from her room.

Willy also knows that Mr. Winkley- her one-eyed cat is the sole witness of the crime. He takes in the cat and embarks on a journey to find the killer; knowing that finding the missing statue is the key to it. The line of suspects is long and in the end of it stands Willy himself- he has the tendency to forget things that he did. He has a vision of the killer in the cat’s eye, but how will he reach to that person? And who is going to believe him?

In a Cat’s Eye is the debut novel of Kevin Bergeron, published by Authonomy, an online community for budding writers, developed by HarperCollins. It is a short novel, slightly longer than a novella. The story is narrated in first person, through the eyes of Willy. It is essentially a detective novel, though the detective in this story lacks most of the basic qualities assigned to one conventionally in the genre.

Willy is an unreliable narrator and it is this quality that makes the novel distinguished. There is an ambiguity that surrounds his rants, which should alienate the reader after a point of time. But here it doesn’t happen. I was drawn into the story and started rooting for him in a very subtle way as it progressed.  All the other characters in the hotel are nutcases and equally unsociable. All of them seem possible murderers. This motley crew of suspects adds uncertainty and vibrancy to the plot. Only the all-knowing one-eyed cat is the sane being.

One more aspect that I liked about the plot is the kind of unveiling effect that it has on the reader. The background of the story is provided in bits and pieces and as the narration progresses, the picture becomes clearer and clearer. It adds to the suspense.  The weak point of the novel, for me, was the lack of flesh in it- non-existence of detailing. I love descriptive novels. But considering the protagonist’s condition, it has to be excused.  To sum it up, In a Cat’s Eye is an engaging novel, that never overstay its welcome.

The Baklava Club by Jason Goodwin

These days it seems I am reading only detective stories! Even the novel by Mario Vargas Llosa (about which I may blog soon) that I read recently was sort of a mystery. But I absolutely love the variety in geography, history, plots and structure that these novels displayed. The latest one that I received as an eBook from netgalley.com, on which this post is about, is no different. The Baklava Club is a novel set in 1840’s Istanbul under Ottoman rule and has its protagonist an influent eunuch named Yashim, who is quiet fluent in the intricacies of both Turk and Western culture. It is the latest in a series of historical mystery novels penned by Jason Goodwin featuring Yashim.
The Baklava Club is the name given to four Italian rebels in exile by the good natured Polish Ambassador of Turkey, Palewski. Palewski, a good friend of Yashim, is planning a meeting between a secret person and the Sultan, which he believes has the potential to regain the lost glory of Poland and change the political landscape of Europe. Along with the Italians and Polish, Istanbul sees an influx of several Europeans, at least some of them with dubious intentions. When the Ambassador is shot and his secret man is kidnapped, Yashim has to step into the quagmire. The brutal murder of a beautiful European girl complicates the matters.
The Baklava Club is a short book and a fast read. I finished it in a single sitting. The novel moves slowly initially, very cleverly setting the scene for the central crime and once it happens, abruptly changes gears. Though each of the characters, including Yashim, seems petty, clichéd and shallow when introduced, by the end of the book surprisingly each of them makes an impression in the reader’s mind. Particularly noteworthy is the depiction of the moment describing Yashim’s personal involvement in the affair. Inclusion of it comes as a shock and is a brave decision from the author’s side. Along with providing the thrills, the novel discusses, very lightly though, the theme of being away from one’s home- the many kinds of exiles that is imposed on one, by oneself or by society. It ascertains that one can be in exile even while living in one’s own country and that kind is the most painful. 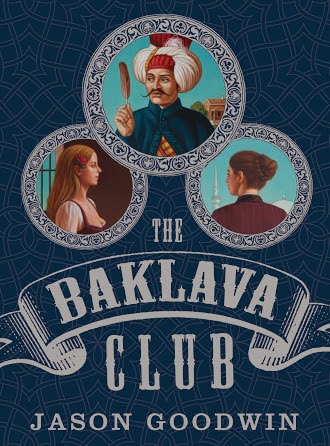 Labels: book, books, mystery, thriller
Email ThisBlogThis!Share to TwitterShare to FacebookShare to Pinterest
Posted by Harish P I at 2:27 AM 0 Comments

When I received an invitation to read and comment on the historical mystery novel Clandestine, to be released on 21st July 2015, written by J. Robert Janes, I was not expecting anything special. But this one, a story set in German occupied France during Second World War, turned out to be a surprise package. You believe that you have read every variety of detective stories possible and then something like Clandestine comes along! It is the sixteenth book in the St-Cyr and Kohler series and I am now very eager to catch up on all that I have missed.

The premise of the book is what bowled me over. Louis St-Cyr, a French Inspector and Herman Kohler of Gestapo pairs up to solve ordinary murders happening in France, a country occupied by Germany during Second World War. In Clandestine, their mission is to investigate the killing of two bank employees, who travelled in a bank van near a ruined monastery. They find huge stock of black market goods in the van along with stacks of cash, of which only a small amount is missing. Finding of a pair of expensive high-heels in the van changes the course of investigation into something far more lethal and complicated. With their own and their loved ones’ lives threatened and their own side turning against them, the detectives has to face the biggest dilemma of their lives.

Clandestine made me experience the degeneration of humanity infested by war- its fight for survival, for resources, for existence when faced with unlimited violence, greed and immorality. The two detectives have everything to lose, but they decide to do their job according to what their conscience tells them and not confirming or compromising to the obscene wishes of those who are more powerful. They fight every possible temptation on their way of solving the case and that factor elevates this novel to an altogether different level from other stories of detection that I have read.

Reading Clandestine has made me research a bit on the historical and geographical aspects of the story. It was not just plain curiosity that made me do it, but a desire to appreciate the novel fully. The book is a slow read. There are many sentences and passages written entirely in German and French without any translation. Remembering the names of characters and places was a task for me. The narration is not very descriptive, which made me read many chapters repeatedly. The language of the book is more like a translation, that too a not very good one, from some foreign language. It put me off a bit, but helped tremendously in building the atmosphere once I got accustomed to it. In short, I took my time in reading Clandestine, but by the end every second was worth the effort.