L. Ron Hubbard was a pioneer in Science Fiction and Fantasy literature, with many trendsetting novels to his credit. Though scientology, that he co-discovered, discredited him severely, it is evident that the man deserves a space with stalwarts like Asimov. One major contribution of Hubbard to science fiction and fantasy writing is his establishing a yearly contest titled Writers of the Future and a parallel, Illustrators of the Future contest for illustrators which has launched the careers of several successful writers and artists. This is the thirtieth year of the contests.

Next month a compilation of thirteen winning stories with illustrations by the winners of the contest for illustrators is being released, titled ‘L Ron Hubbard presents Writers of the Future Volume 30’. It is edited by Dave Wolverton, Art Directed by Stephen Hickman and published by Galaxy press. The volume also contains three bonus stories by popular writers Hubbard, Orson Scot Card and Mike Resnik.  Three articles on writing and illustrating is also included.

Writing a Science fiction or fantasy novel may be an easy job for someone with good imagination. But it requires much more to write an excellent short story in the same genre. To build new concepts or even new worlds, establish them to the reader convincingly and structure a good story around it in the format of a short story is a task that needs imagination, mastery with words, talent and lot of discipline. These qualities are displayed abundantly and make the stories in this book an excellent read.

Each story is a unique piece, happening in a world of its own. Their ultimate success is in the fact that each of these stories connects with us and makes us appreciate our present. The emotional resonance that some of them generate is incredible. After reading the thirteen stories and three bonus stories by the veterans, I feel the participants’ work stands a notch above the others. May be, the reason is their firm footing in our present. It also helps that the stories came from different parts of the English speaking world giving much diversity to the collection.

I loved the science fiction works better than the fantasy stories. I felt science fiction stories were capable to stir me more with their dystopian predictions. Among the fantasy stories, the best one is the first story of the book- Another Range of Mountains by Megan E. O’Keefe. What I liked about this one is its total unpredictability. It tells the story of a lady who can unlock the memories of mirrors and draw them into paintings. What started as a kind of a detective story turns into a love story of sacrifice. A bit of ambiguity about the background of the lead character adds to the fun.

Among science fiction, my pick will be The Shaadi Exile by Amanda Forrest. In this story, traditional arranged marriage among Indians gets an inter galaxical placement. It is a deeply moving story about sacrifice and love for the family. Other notable stories are Animal by Terry Madden, a story about the last zoo in the world of future and its closure, with a great twist in the end, Rainbows for Other Days about a cyborg forest ranger in an apocalyptic, polluted world and Memories Bleed Beneath the Mask which is about memory transplant of an old judge.

Each story is accompanied by wonderful illustrations by artists selected from the illustrator’s contest. It adds value to the book. I am not overtly impressed by the essays about writing and illustrating, as they do not seem to offer any substantial or lifesaving advice to the upcoming artists. 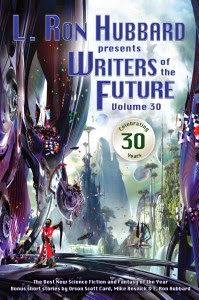 Labels: book, book review, books
Email ThisBlogThis!Share to TwitterShare to FacebookShare to Pinterest
Posted by Harish P I at 3:58 AM