It is 1905 and Owen Bartlett has just arrived in Arizona from Boston, thanks to his father’s (who fathered him out of wedlock) insistence of him not practicing law in Boston. A man is killed just near the window of the hotel room in which he stays. Next day he comes to know that the diseased is Stephen Downing and the mysterious lady whom he saw that night is Eva, the dead man’s wife. He is perplexed when Eva wants him, a lawyer with no experience in criminal cases, to defend her husband’s alleged killer, a Mexican. Owen is pulled into a whirlpool of lies, secrets and deceit. What follows is a court room drama that intrigues the reader.

Stephen Downing is Dead is a novel written by Dan Goss Anderson. Much of the story takes place in Tucson, Arizona. The undercurrent of the story is the distrust between whites and Mexicans living there in the turn of Twentieth century. The story is told in a nonlinear narrative pattern. It flips between 1905 and 1955. The court case, in which Owen gets involved on bequest of Eva, forms the arc of the story in 1905. In 1955, Eva has just succumbed to her death, but just before dying, she confesses to Owen, now her husband, a secret that she kept hidden from him. Novel narrates Owen trying to come in terms with it. This plotting technique has made the construction of the story more robust.

The novel is an emotionally satisfying read. The characters are believable and multilayered. Even minor characters are given pivotal place in the story. I would like to specially mention the character of Eva. Writer succeeds in keeping the mystery surrounding her alive till the end. At the same time this mystery does not alienate the reader and makes us care for her. She is one of the liveliest of the characters that I have read about recently. In the initial pages we find a lot of descriptions of atmosphere, but in later parts, writer emphasizes on characters instead. I also loved the fact that the novel never tries to complicate the plot by filling it with too much of personal drama. The reader is made to know of the emotional state of the characters in a subtle manner.

One flip side of the novel, which I felt, is its predictability. There are many plot twists that the careful reader can deduce much before revelation. If the novelist could make the suspense tighter, as the book is billed as a court room thriller, it would have enhanced the appeal of his novel. Still Stephen Downing is Dead is a good novel, that can be read quite quickly (I finished it in a day, in two sittings) and I felt satisfied with it as per my expectations. 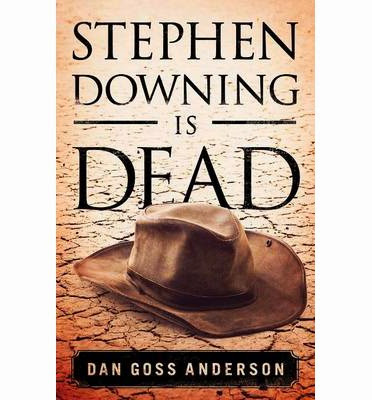 Labels: book, book review, books
Email ThisBlogThis!Share to TwitterShare to FacebookShare to Pinterest
Posted by Harish P I at 11:07 PM