The Lowland by Jhumpa Lahiri

The Lowland by Jhumpa Lahiri is one of the most anticipated books of the recent times. After the release of three highly acclaimed books, Interpreter of Maladies which won a Pulitzer, Unaccustomed Earth and The Namesake, readers all round the world were waiting with bated breath for the next book from her. Another reason for the excitement is the news of The Lowland being short listed for the prestigious Booker Prize. An author of Indian origin living in the USA, the plot of her previous novel and stories invariably deals with the life of Indian immigrants in the USA. But in The Lowland, she tries a much more bigger canvas.

(Spoiler alert) The Lowland starts by introducing readers to a pair of brothers living in Tollygunge, Calcutta, who physically resemble each other, but are as varied as chalk and cheese in character and temperament. Subhash, the elder one is a mother's boy and rather the shy kind, but Udayan is more outgoing and is the risk taker. Still they are inseparable in their childhood, with Udayan dragging his brother into all the adventures that he partake. Growing up, studying in different colleges, they starts moving away from each other- Subhash goes to US for further studies and Udayan takes an active interest in politics and is drawn towards Naxals. They interact through letters and Subhash comes to know that Udayan, against their parent's wishes, is married to a girl whom he loved, Gauri.

When Subhash knows that Udayan is killed by police near the lowland behind their home in full view of his parents and wife, he returns to India. When he sees the wretched condition the pregnant Gauri is in and the complete apathy of his parents towards her, he marries her and takes her to US. The novel then goes on to describe how this decision effects generations of their family.


I had read Jhumpa Lahiri's Unaccustomed Earth, a collection of short stories and had loves the way she wrote without any clutter, in simple but elegant prose, taking great care to fully transfer the emotions of characters to the reader at the same time without bearing us down with them. In The Lowland the same style can be detected. Each sentence is very vivid and written with great beauty. The atmospheric descriptions, whether of Rhode Island or Tollygunge, makes us feel we are right there in that place. So precise.


Inspite of all these good things going for this novel, there are a couple of short comings that really marred my enjoyment of this book. The story goes great till Subhash and Gauri reaches US. Then onwards it starts dragging, without much solid to offer. The characters just alters their behaviour quite irrationally. The change in Gauri is quite perplexing and feels forced. Another serious trouble is with characterization. Lahiri is able to make all her characters three dimensional, complex and much deep. But ultimately they are all quite boring. With most of her characters, I won't be interested to spent time for even an hour, then how can we feel or root for them? Udayan had the potential to become an exception, but he is not developed enough and conveniently tagged as Naxalite and sidestepped. In most of the second half of the novel, which spans decades, the characters just spends their time (life) silently, subverting their agonies and private thoughts so much that even a small shout from a character towards the end was a huge relief.

My conclusion about The Lowland by Jhumpa Lahiri is that, though it is written beautifully, the indifferent and uninspiring characterization plays spoil sport in enjoying it. 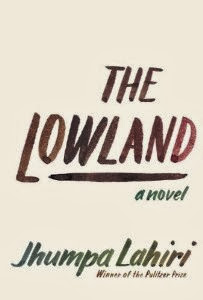