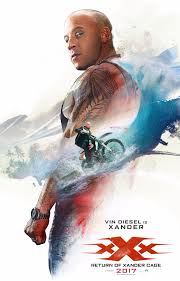 This one is still a few steps below the first part in every element- action, stunts, pace, suspense, plot, characters. The movie looks good, Vin Diesel is OK, Deepika and Donnie Yen are awesome. I am really happy to watch Yen getting noticed in Hollywood. He is a terrific actor. Deepika Padukone makes her presence felt. A few stunts are indeed breath taking. And that about sums up the good things of Return of Xander Cage. Ok, and the entry of Neymer in the first scene.

We had seen how bad the idea of recruiting new members backfired in Expendables 3.  The same issue repeats. All we get is a bunch of uninteresting nitwits whom we are to suffer for the entire running time. Other minor characters are also a pain to watch.

The character introductions never reveal anything interesting and take up half the movie. By the time some action set pieces start showing, we cease to care. There was a scene that was more ridiculous than the Batman- Superman patch up that we saw last year.


Tony Jaa got a raw deal. Here is a guy who has proved that he can carry an entire martial arts movie on his knees and all he do is appear. The only relief is that his role is a tad longer than the blink-and-you'll-miss-me one that he did in that Fast and Furious movie.