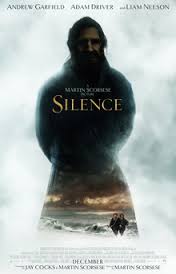 Silence, the latest by Martin Scorsese got just one nomination for Academy Awards. La La Land got 14, the highest ever. If you see Silence, you will understand why. Silence is not the kind of movie that wins at Oscar or create magic at box office. It is the kind of movie that after a decade, people may watch with awe and wonder why it failed when it was released. It is not Forrest Gump or Shakespeare in Love. It is Shawshank Redemption. It is 2001: A Space Oddesey. It is Blade Runner. 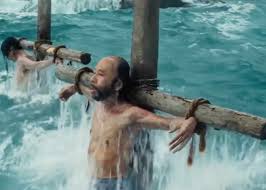 Silence is a period movie set in 17th Century Japan. Japanese monarchy is heavily coming down on converted native Christians and European priests who relentlessly try to import the religion. They are tortured brutally and made to apostate by stepping on a stone figure of Christ. When news reaches that Father Ferreira is captured and has apostated Christianity to become a Japanese, his two disciples decides to smuggle themselves into Japan and find out the truth. The movie follows their painful journey- in both physical and spiritual sense to find their mentor. 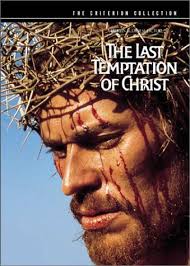 Silence is a companion piece to Scorsese's much derided masterpiece, The Last Temptation of Christ. Both movies are meandering, difficult ones that test the viewer's patience. But once you break the mould, both movies are immensely rewarding, I would even say meditational experiences.

Both movies have protagonists on whom greatness is thrust upon, who continually try to decipher God's messages to show them their way and get desperate when they fails to hear from him. Both movies need an emotional and intellectual maturity from audience who has to figure out that, it is not what is shown that is intended. They need the viewers to see through elaborate symbolism and decode the intent of the director. 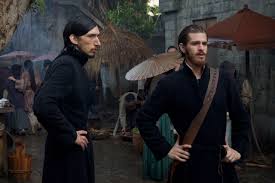 Silence is a movie that gives you enough freedom to intellectually and emotionally involve with it. I feel that Scorsese is daring the audience to introspect about their faith and believes, engage with the movie, accept or even disagree with the concepts that it put forward.

You can watch this movie in many levels. The easiest would be the literal one, in which Japanese Buddhists torture converted Christians and force them brutally to abandon the religion. I saw it as the fight between a steadfast individual's believes and the social reality. A powerful drama about, how surrendering to greater good can be liberating. It resonates with my idea about one's religion being a very deeply private affair that should stay within his soul. I was clapping my hands when I watched the last shot of the movie, because that was what I felt pure faith should be.

I will not recommend this movie. Please don't even think of watching this movie if you are not ready to put your effort on it. It demands that much. If you are just in for mindless entertainment, you are going to lose your money and three hours of your life.
Labels: Martin Scorsese, movie, movies, religion
Email ThisBlogThis!Share to TwitterShare to FacebookShare to Pinterest
Posted by Harish P I at 11:26 PM