IFFK Bytes: After The Storm- It's All About Life

After the Storm is a Japanese film that I watched today in IFFK. I remembered the movie Inside Llewyn Davis while watching it. Like that movie, this one is about a man down and out of his luck, trying hard to make sense of the world around him.

There are two kind of movies- ones that show routine life and ones with drama. This is of the first kind. Now, for these kind of movies to succeed, it should contain something deep and exciting. In latter kind of movies, the drama takes care of shouldering the work to some extent. With minimum possibility to contain dramatic tension, the former kind need more effort.

I feel that Inside Llewyn Davis perfectly nailed it. In Malayalam, Action Hero Biju is a movie that somehow got the mix right. After the Storm reaches an average mark. The protagonist is someone you come to care about, the humor is great and on many occasions you tend to draw parallels with your life. The problem is that these moments, by the midway point of the movie starts getting stale. From then, the movie starts relying heavily on actors to deliver instead of situations. Actors have done their part commendably well. Too bad that it has many moments that doesn't connect well. But if you consider your life too is just like that, it doesn't sound that bad. 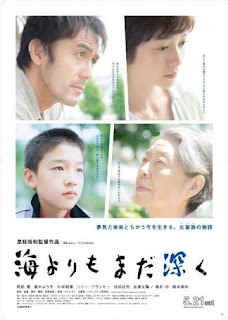 Labels: film fest, IFFK 2016, movie, movies
Email ThisBlogThis!Share to TwitterShare to FacebookShare to Pinterest
Posted by Harish P I at 11:31 AM