English biologist Richard Dawkins wrote his best-seller God Delusion in 2006. It is, as its title suggests, a book that criticizes the concept of God that is propagated by religion and that tries to put science in that mantle. It also exposes the troubles of being an atheist in Christian society and the common prejudices faced by atheists. Dawkins uses Darwin’s evolution theory and natural selection to prove that the probability of the existence of God as described in Abrahamic religions is almost nil. As expected, the book turned out to be very controversial with many theologians criticizing it bitterly in diverse forums.

The book has ten chapters, each one building on the previous in systematically proving the improbability of God and that religion is not basically responsible for virtues in humans. In the first chapter he quickly points out that, by God he doesn’t mean the Einsteinian God, but the interventionist God, that creates life, judges and metes out punishments.  Next he takes up different arguments for God, especially the one that states that the perfect designing of universe requires a master creator and one by one puts forth his rebuttals for each of them.

Dawkins is aware of the argument that even if there is no entity called God, religion is still essential for common people in-order to maintain its morals in society. In the remaining chapters he tries to reveal the fallacy of this argument by proving that morality and good virtues that we display are not due to the presence of religions among us. As per him religion occurred as a byproduct of an acquired human skill to transfer knowledge by believing one’s elders and following them. He is critical of Christianity’s stand with abortion. Dawkins also deals with several social issues created by religious faith- psychologically damaging and corrupting the minds of kids, leading them discard reason to become blind followers, commodification of women and forcing them out of the mainstream of society and creation of unnecessary divisiveness and friction in society.

In God Delusion, Dawkins put forward compelling arguments against a God figure that designed the universe, judge the inhabitants and punishes them. Majority of his arguments are built around Christian and Jewish faiths and predictably they end up his punching bags. He touches upon Islam. I agree with the logic of several of his arguments. Evolution indeed can solve many a puzzles in human history. I am also wary of the tendency of religions to fill in the gaps left by science. Dawkins’ language is witty and that makes the book an easy read though a bit toning down on the scorn that he exhibits towards religions could have made it more palatable. God Delusion helped me in appreciating the theory of evolution much more.  Fortunately, in this part of the world we don’t have the big fight in education system between Evolution and Creation.

One difference of opinion that I have with Dawkins concerns with the bifurcation of religion and spirituality. I believe that spirituality is something personal that exists beyond the realms of organized religion. It basically deals with introspection- something that is lacking in Abrahamic religions and is the core of Sanatani faiths- Hinduism, Jainism and Buddhism. Though these religions have, to some extent degenerated in their later periods, loosely imitating Abrahamic faiths and displaying sectorial tendencies, I feel the individual nature of faith and the inquisitiveness inbuilt in them still stand tall. This introspection is basically for knowing and realizing the full potential of self- of body and mind in tandem with nature, and subsequently for attaining the ultimate knowledge that My self and this Universe are in essence the same. 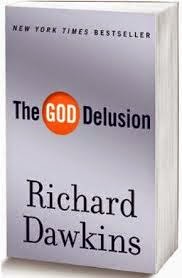