Lego group is a firm that makes construction toys who are pioneers in the business. Their product Lego consisting of interlocking plastic bricks comes with different accessories and miniature figures which can be joined to make buildings, vehicles and many other objects. These sets come in a variety of themes. Now when I read sometime back that they are making a movie based on Lego blocks, I was expecting it to be another product placement attempt that is going to backfire. After all to make a watchable movie based on plastic construction toys, you need a crew of incredible talent. Apparently, they were able to assemble such a crew for The Lego Movie.

The Lego Movie takes its inspiration from so many other movies and we can see many characters from other movies, history, sports and popular culture walking in and out of the movie. You have Batman, Superman, Green Lantern, Star War characters, Lincoln, Michelangelo, Gandalf from Lord of the Rings, Shakespeare, NBA player Shaquille O’Neal and many others in their Lego forms appearing in various times in the movie. The makers have managed to make these appearances not becoming distractions in the flow of the movie.

The Lego Movie is about an ordinary construction worker named Emmet, who finds a Piece of Resistance and is thereby mistaken for Special, a master builder who according to the prophecy will put a stop to the control exerted by evil Lord Business, who is against any kind of creativity in the Lego World. Emmit, along with Wyldstyle (a character like Trinity from Matrix) and Vitruvius, the old wizard assembles master builders all over the world to fight Lord Business. The difficulties they face to unite and fight for saving creativity is the crux of the movie.

What makes this one outstanding is that it works differently for different level of people. Any age group- kids, teens, young adults and adults can enjoy the movie for different reasons. Everyone can take back home something worthy. It is such a clever movie, which is at the same time infinitely funny too. The master touch is the sudden change to live action from animation, which really change our perspective about the movie and raises it to a totally higher pedestal. The animation is top notch, and the imagination that went behind it has to be specially appreciated. Lego landscapes and Lego Ocean were fantastic to watch. The eye for details is praiseworthy.

This is a movie that the kids totally deserve to watch. 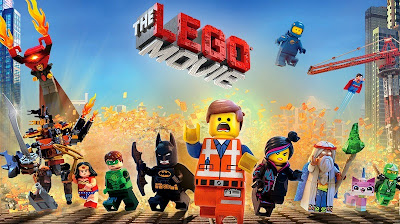 Labels: movie, movies
Email ThisBlogThis!Share to TwitterShare to FacebookShare to Pinterest
Posted by Harish P I at 3:33 AM