The reason why I picked a novel by John Sandford to read was certain online reviews by readers who held generally favorable opinion regarding him. Storm Front is a 2013 mystery novel of a series featuring Virgil Flowers, a Minnesota cop. Storm Front is about Flowers' attempts to get back a relic that was stolen by a priest from an archeological site in Israel, who is in quest of a prospective buyer. Creating head ache for Flowers are some conflicting factions who want to buy the relic and put it to use for propaganda.

My first issue with the novel is the leading man himself. Virgil Flowers doesn't sound like a great name for a crime fighter. Neither are his investigating skills impressive. He seems uninterested most of the times. Certain ethical quirks and a goofy humor sense are his only saving graces. Even other characters are more caricatures and does not evoke any emotion- not even hatred, in the reader.

The plot is much convoluted. There is lot of action around, but barely anything happens other than the introduction of another new character every 50 pages. Everyone chases around the whole time, but none seem to convey any urgency. The book was probably intended as a satire, but the blend of humor and mystery was bland. The only reason why I finished reading this one is on and off streaks of humor in the narrative. Its a day since I have read this book and to remember what finally happened to the stone I have to exercise my neurons. So much for the recall value of it. 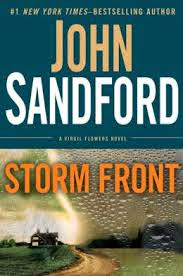 Labels: book, books, thriller
Email ThisBlogThis!Share to TwitterShare to FacebookShare to Pinterest
Posted by Harish P I at 11:25 AM