Bill O’ Reilly and Martin Dugard had written two other books- Killing Kennedy and Killing Lincoln, both best sellers, before writing Killing Jesus. I wanted to read them, as the concept sounded good. But now, after reading Killing Jesus, I don’t want to waste time on them. No, it’s not that Killing Jesus is a bad book. I will come to that later, anyhow. Killing Jesus is a book that tries to unveil the mysteries behind the crucification of Jesus. It is supposed to be a historical recounting of the events that culminated in the crucification and eventual death (as per authors) of the Son of God (as per Bible).

The book starts with giving the readers an account of Rome and their times. It discusses the last days of Julius Ceaser and the ascend of Augustus Ceaser eventually. Then the narrative move to Jerusalem and describes the political and religious climate there and how the local rulers and priests have masterminded strategies to align themselves in favor of ruling Rome. John, the Baptizer arrives next and after that only the story of Jesus Christ starts. The book then follows Jesus preaching, gathering followers one by one, challenging religious authorities and cleansing the temple. When his activities start disturbing them, priests conspire and execute him with the help of Roman authorities.

I had told in first para that this book is not bad. Killing Jesus is written fabulously. It has every requirement of a page turner- intrigue, great plot, and superb descriptions of the times, a multi-dimensional tormented hero and lot of things happening every moment. I could not put this one down.  My issue is the authors’ claim that this is a historical account of the life of Jesus, while actually the book is more of a historical drama. A historical book and a historical novel are poles apart. In a book of history there will be account of events, details of the times and analysis of happenings.

Killing Jesus seriously misses out on the third thing. The writers just present the data available to them chronologically and try to milk the dramatic turn of events. Their claim that this book has revelations on the tale of Jesus is totally wrong. It was the same story that I knew from the time I read the New Testament for first time. It does not deviate much from Gospels, only some chronological rearrangement is done. Also all the supernatural occurrences are removed and the eventual resurrection is mentioned in a passing, to align with the concept of a historical version of events. Therefore here Jesus does not perform any miracles.

So finally what we have here is a version of New Testament, a well written one that mix and match the happenings in different Gospels and devoid of any supernatural occurrences. Also with an overlong prelude that involves Roman history which is included especially to sow the seeds of hate in reader’s mind.  And I don’t want to mention factual errors and Biblical inaccuracies, the details of which can be obtained from the experts’ mouth directly if you do a google search. 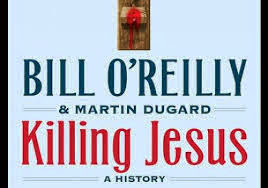 Labels: book, books, history
Email ThisBlogThis!Share to TwitterShare to FacebookShare to Pinterest
Posted by Harish P I at 4:00 AM