Astrologers predict that the appearance of a comet indicates death of a royal member. Sundara Chozhan, the Chozha emperor is in his death bed. His first son Aditha Karikalan, a fierce warrior and next in line of succession is fighting in Kanchi and is mysteriously reluctant to return to Thanjavur. He sends his friend Vanthiyathevan, an independent, daring, young adventurer with a message to Emperor. 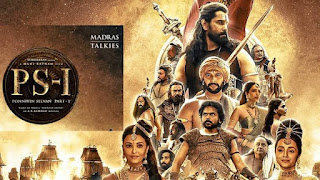 Vanthiyathevan on his way, gets embroiled in a conspiracy led by Periya Pazhuvettarayar, war hero and trusted treasurer of the Emperor. Will Vanthiyathevan survive layers on layers of conspirators, spies, wild animals, magicians and most importantly the vile beauty of mysterious Nandini, Pazhuvettarayar's young scheming wife, who has plans of her own? Who will be the successor of the mighty Chozha empire, impulsive and ruthless warrior Aditha Karikalan, greedy and ambitious but cowrdly cousin Mathuranthakan or the just and principled Arulmozhi Varman also known widely as Ponniyin Selvan?
I watched PS1 a few weeks back and was quite impressed by it. I have seen many adaptations of such novels and I am aware by now about the normal pitfalls that occurs in adaptations. The movie versions always seem hurried and at some places, the logic suffers. If you've read the novel The Godfather or LOTR and then watched the movie, you can clearly identify it.
So, I went with much less expectations and was rewarded richly. The making, casting, acting and  background score was just great. As expected, the plot seemed a bit rushed and many characters underdeveloped. I knew there is more to the story and decided to read the entire novel. 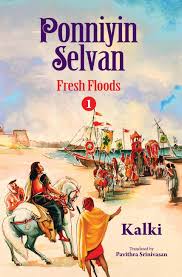 Ponniyin Selvan, the epic Tamil novel written by Kalki, spans totally five volumes. It was serialised for years in a magazine and was very popular then. The structure of the entire novel makes it obvious. There are many small chapters and most of them ends in cliffhangers, so that readers of the magazine wait eagerly for the next episode. This has made it more easy to read and entertaining. 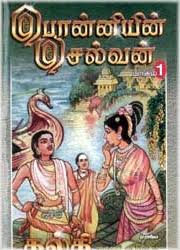 Ponniyin Selvan is a historical fiction, and the plot happens around a thousand years back, during the time of Chozha empire. Thanjavur, the capital city of Chozha kingdom is where most of the action occurs, but the entire plot is spread out from Kanchi to Eezham (present Srilanka). The title character Ponniyin Selvan is the historical emperor Raja Raja Chozha Or Arulmozhi Varman.
The novel doesn't just tells a story. Along with the narration of the plot, it describes the culture, the social structure, beliefs, economic state, geography and politics of the period of Chozha Kingdom. Even when it does all these, the narrative doesn't sacrifice the intensity of the plot. It even makes you interested to know about such historical elements. The novel also   touches on several other kingdoms like Vana, Pallava, Mamalla and Pandya along the way. Though some of them were enemies of Chozha, novel never demonizes them and appreciate the part they played in history. 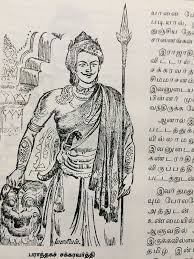 Another appealing factor is the characterisation. Ponniyin Selvan is inhabited by several colorful characters. All of them are portrayed with lot of affection and sympathy. There are no black and white portrayals. Every major character is doing the right thing according to their own viewpoint. Even the antagonists get lot of respect and they are lauded by the writer and other characters of the novel for all their good qualities. And all characters have great character arcs. The adventures each of them endures in the course of the narrative, changes their core beliefs and strengths. We personally makes a connect with them due to the layered writing. 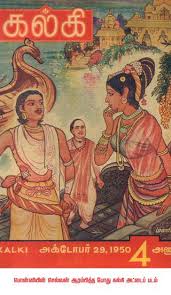 I also loved the complexity of the plot. In this story, everyone stands for themself. Each person has an agenda and conspires to get what they wish. Even persons who seemingly stand on same same side fails to understand the ulterior motives of the other. The movie sadly fails to recreate this on screen due to the lack of time to develop this.
So Ponniyin Selvan turned out to be a very engaging and entertaining read. I really hope Mani Rathnam makes the second part of the movie as good as the book.
If you felt this article is good and deserves to be read by others, please give it a share in social media platforms.
Email ThisBlogThis!Share to TwitterShare to FacebookShare to Pinterest
Posted by Harish P I at 1:16 PM