Along Came a Spider by James Patterson: Alex Cross Mystery #1

Along Came a Spider is the first novel by James Patterson featuring Alex Cross. There was a movie based on it starring Morgan Freeeman as the protagonist which I never had a chance to watch. My expectations were a lot from it as Patterson went on to write around twenty more books featuring the Cross.

The novel starts when Cross, a black detective and a doctor of psychology, involve in a murder investigation of a black family. He is furious when he is pulled from it to investigate the kidnapping of two children from high profile families. His adversary is a master criminal, cold blooded, brutal and ready to go to any length for becoming United States' biggest criminal. What folows is a cat and mouse chase were Cross finds every thing that he valued in life at stake, even his sanity.

As the starting book of the series, Along Came a Spider works in establishing the premise and characters. The setting of the novel is Washington DC. On one side there is the posh neighbourhood of affluent movie stars and politicians, while on other side there is the black  neighbourhood where poverty reigns. Cross stands as a bridge between these two contrasting worlds. Though the writer tries to play down the racial undertones of the premise, it shows beneath the surface. In Gary Murphy Alex Cross gets a worthy adversary.

Still there are a few blemishes. The romantic side track makes the story dragging. It is essential to the plot as revealed in the climax, still it dampen the atmosphere of suspence. Also, though Cross is a professional shrink as per the story, we don't find many instances where it is used in the narrative.

Along Came a Spider works ok as a suspence thriller and the character of Alex Cross as a conflicted investigator is worth reading once. 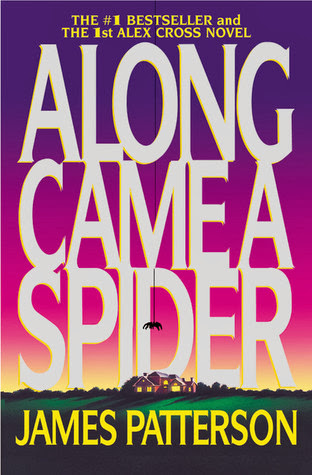 Labels: book, books, james patterson, thriller
Email ThisBlogThis!Share to TwitterShare to FacebookShare to Pinterest
Posted by Harish P I at 10:51 AM