Everybody Wants Some!!...- Great Plot-less Fun 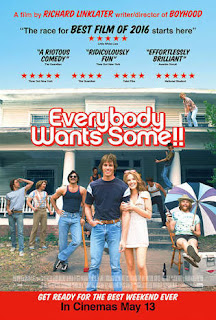 Roger Ebert used the adjective anthropological in the review of a movie directed by Richard Linklater. All his acclaimed movies serve simultaneously as wholesome entertainers and strong social commentaries. His movies are mostly plot-less affairs, but based on great characters and solid dialogue.

Everybody Wants Some.., his latest, follows the tradition. A spiritual successor of his earlier movie Dazed And Confused, this movie follows Jake, a newbie baseball player on his first weekend before college starts. Jake has just arrived into college after a successful stint as a high school baseball player and learns that he has to stay with his fellow team members in a separate house. He has a whole weekend to pass before college begins. The movie follows his interactions with his team mates and all the fun and games of one-upmanship they have in those two days. 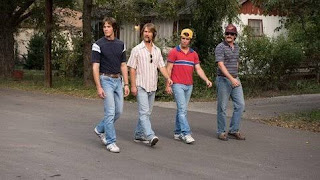 The movie, like every other Linklater film, relies heavily on strong characterisation instead of a structured plot. Here you find genuinely etched characters who display distinct world views and temperaments, but are totally relatable. Linklater uses these characters by making them interact in different social situations to create humor as well as social commentary. The movie is totally fun and enjoyable. 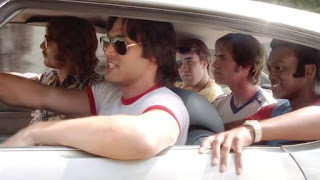 Jake and his friends, being sportsmen and team mates, uses every other situation to gauge their companions and to prove that they are one step ahead in competition. Failure, even in minor affairs causes much frustration. In the highly competitive world of college baseball, a stepping stone to being professionals, it becomes essential for survival.

Tremendously stylish and featuring a killer soundtrack its a must watch movie.
Labels: movie, movies
Email ThisBlogThis!Share to TwitterShare to FacebookShare to Pinterest
Posted by Harish P I at 9:28 AM