A Monster Calls- An Anti-Fairy Tale 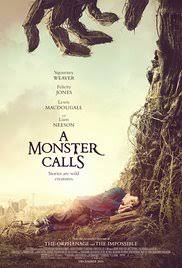 A Monster Calls is another among the 2016 movies that was favorited by critics but fell flat at the ticket counter. I watched it and felt that it is an amazing fantasy, a very personal tale about confronting your deepest fears and carrying on with life. Why didn't more people appreciate this movie?

These days we want our movies clearly and safely bracketed. We are uncomfortable when we see a movie that we expected to be a fantasy with a boy playing the lead discuss dark topics like death fear. This movie was unsuitable for kids who these days are totally safeguarded from uncomfortable truths and certainties of life. Adults will definitely not watch it because it is about a walking, talking tree that appears to help a boy.

This is the story of a boy whose mother is dying from cancer and he has repeated nightmares about she falling into an abyss in spite of him trying to hold on her. The prospect of living with his grandmother, who is a strict and dominating lady is another turn off for him. He gets socially inept, suffer in studies and get regularly bullied at school. When things go from bad to worse, a tree monster appears to tell him three stories. After the third story is told, the kid has to tell his story, the truth.

A Monster Calls is a movie that is basically a fantasy, but defies its conventions. The fairy tales that the monster recounts aren't actually fairy tales. In them, seemingly good people do unspeakable wrongs, and bad ones are spared. The monster tries to make the boy realise that pent up emotions are not going to help. Sometimes it becomes necessary to burst open and do bad things. And doing bad things need not make you punishable always. He understands that humans are complex beings and cannot be labelled good or bad. 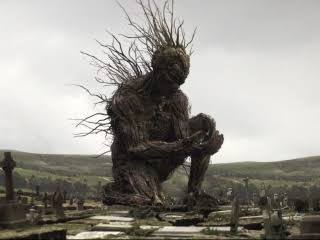 A Monster Calls is a film that has potential to appeal adults and matured children who didn't grow up all padded up from the sharp edges of the world. It is a treasure trove of wisdom, not the quick fix type that Hollywood regularly churns out in the kids-friendly tag. It speak of a real world, real sorrows and real challenges.
Email ThisBlogThis!Share to TwitterShare to FacebookShare to Pinterest
Posted by Harish P I at 2:34 PM