Raees And The Fall... 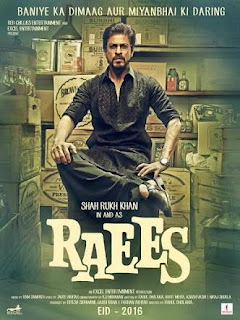 Raees is a gangster movie and comes generously packed with all the regular clichés of the genre. There are very few elements that we never watched before in better movies. The film makers were able to execute some of them successfully while sadly certain elements remain sore thumps.

Raees is the story of the rise and fall of a spirit smuggler who loves to call himself a business man. Set in Gujarat, the movie is based on alcohol prohibition. It shows us what happens when availability of a commodity is made scarce by legally banning it among a group of people who have the reputation of the biggest business minded ones. Raees has an ingenious business mentality and a daring criminal mentality. He scales the ranks effortlessly. The spoilsport is an officer named Majumdar who is hell bend on taking him out.

As I told, the plot just follows the worn out path of countless other mafia flicks. The difference is the characterisation of the protagonist. In other movies either the guy is forced to a life of crime by circumstances or is a born criminal. In Raees, the lead character had no such compulsions. Any doubt of a strain of criminality running in his blood is soon quelled by scenes showing his compassion. As per him, he is doing business and he will do whatever is good for business.

Though initially we see Raees turning around some situations to his advantage by some quick thinking, that part of the plot soon dries out. I was disappointed because that was what fascinated me in the beginning. The second best thing in the movie are the confrontations of Shahrukh and Nawazuddin Siddiqui. Both actors shows off their best in those moments and the makers have included a lot of impressive combination scenes.

No other supporting characters put up any remarkable show and are content with being perfectly good fillers. I have an issue with the action scenes. Recent Hindi movies had some amazing action sequences. But in Raees fights appear shoddy. The songs also break the pace of the movie and contribute little to the plot.

If we put aside the matter that this is just a movie and meant for enjoyment, Raees put forward some serious doubts. Is it healthy to show a man doing illegal business by selling banned and spurious products that can harm the health of public, being a hero of the society? There are many movies that deals with the same subject including the great Godfather. But that movie never wanted the audience sympathising with the guy. He was a corrupt and bad man, who nevertheless had certain ethical codes and stood by it. Though audience loved him and gets sad when things go rough, they feel that whatever bad deal the person got, he deserved it. The same is the case with its Indian clones like Nayagan, Sathya or Once Upon A Time in Mumbai. 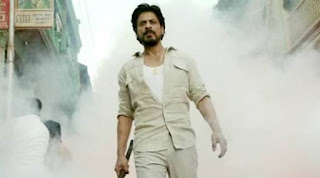 What Raees tries to do is to emotionally manipulate the viewer into rooting for the bad guy. It seemed unnatural for me. I lost it when they showed him bash up violently an anti-alcohol possession (that was led by a corrupt politician) just because it was harmful for his business. It was okay if they left it like that. But what made it worse was the pathetic justifications that came afterwards.

Though the makers have denied it, Raees is based on an actual criminal from Gujarat. Just a look at his biography in Wikipedia will confirm the parallels. This person was responsible for supplying RDX for Mumbai blasts. Raees team includes this also in the story and justifies it as a mistake. And to make it worse, he is given secular credentials. An antihero movie can be interesting if the power of judgement lies with the audience. Otherwise it is just manipulative...
Labels: hindi, movie, movies
Email ThisBlogThis!Share to TwitterShare to FacebookShare to Pinterest
Posted by Harish P I at 2:31 PM