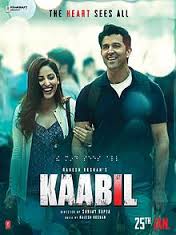 Just like this week's other release Raees, Kaabil serves its audience a generous dose of worn out clichés. The movie tried to blend the revenge plot of Mohra with the logic of Aankhen (the Akshay starrer). But it failed to replicate the raw energy of the former or the smartness of the latter. Story follows a blind man who avenge his blind wife's death. 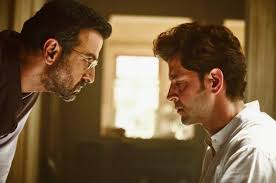 The treatment reminds you of movies that used to be made 20 years back. At that time, makers never worried about viewers questioning plot holes. (Spoilers ahead) Sanjay Gupta is in an illusion that time hasn't changed. His hero kills a guy after a bloody fight, drops a towel on the dead body and boasts not leaving an evidence for police. The fact is that there are enough finger and DNA prints lying around and the proof of crime is just short of a red banner with Hrithik's name, address and Aadhar number printed on it being displayed on the spot. For Sanjay Gupta's policemen, forensic science is a very foreign science.

The movie is a good show case of Hrithik Roshan. He displays wit and vulnerability in equal measure without much bother about the catastrophe that the plot is leading to. He is the saving grace of Kaabil. The supporting cast were really good, but never get any chance to shine. I hated the acting of heroine and her appearances in the second half of the movie. Misplaced songs were another spoil sport. 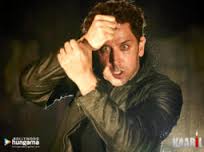 There were several scenes that really stimulated my interest. I was expecting that from that point, things are going to pick up. But unfortunately it was not to be. The scenes that hero exacts his revenge is supposed to be the backbone of the movie. The build up towards them were genuinely interesting, but at the time that matters, we find that our hero doesn't have any semblance of a plan with him. Somehow by luck things fall in place. The title of the movie should ideally be Khush-kismat (Lucky).
Labels: hindi, movie, movies
Email ThisBlogThis!Share to TwitterShare to FacebookShare to Pinterest
Posted by Harish P I at 5:39 PM