Asylum is a parallel movie industry in USA. They started out with exploitation movies and graduated to Mockbusters. Mockbusters are cheaply done movies with plots, titles and even posters similar to upcoming big budget flicks and are released mostly straight to DVD. Timing of release will be intended to cash in on the pre-release hype surrounding the big budget flick. Asylum's contributions to the genre are quite diverse like Transmorphers, Snakes in a Train and Paranormal Entity. Every time a sequel to Transformers hit cinema, Asylum comes up with their sequel of Transmorphers...!

One of their Mockbuster title, Mega Piranha was such a huge success that Asylum started making original movies- all monster movies where creatures become huge in terms of size and violence. The latest one is titled Megashark Versus Mechashark. Its the third part of Asylum's Megashark line up of movies. Here, a huge shark wreaks havoc in oceans around the world causing destruction of ships and even air planes. Scientists make a robotic ship in the shape of a shark to destroy megashark and infuse it with artificial intelligence. Finally that one turns out to be a bigger threat.

In any conventional sense this movie hits the bottom of the barrel. Bad plotting, aimless direction, cheesy effects, lack of any suspense, third rate acting- its bad in all ways. There are three major characters- the man who resemble Denzel Washington, the military guy who resemble Kevin Spacey and the lady who doesn't look like Anjelina Jolie, but tries to act like her and fails miserably. Then there is a lady reporter who appears in a few scenes and makes them so unintentionally funny. But my favourite is the teenage girl who appearing near the climax, behaves like a 3 year old kid by staring into the mouth of the metal monster and screaming instead of getting the hell out of there when it tries to swallow her.

I really don't want to list out the logical or continuity errors of the movie as it will require me to type the whole script of the movie here. But what struck me was that the aftereffects that this movie left in me was eerily similar to what I felt after watching many recent overhyped, studio made Hollywood films.

All said, two scenes are worth mentioning here. The first one had the Mega shark cause a boulder to destroy the head of the Sphinx. In another scene, the two sharks go on a collision course, midair, right infront of a Jumbo Jet...! 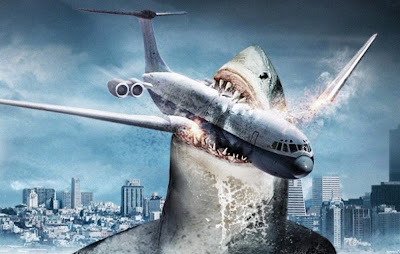 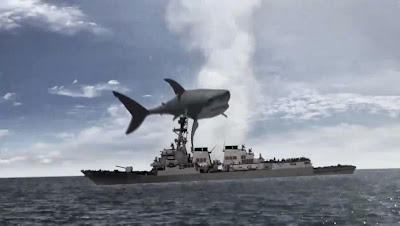 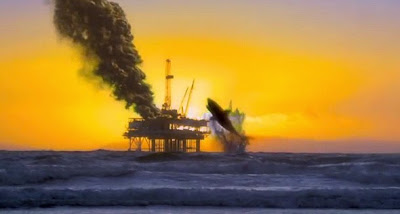 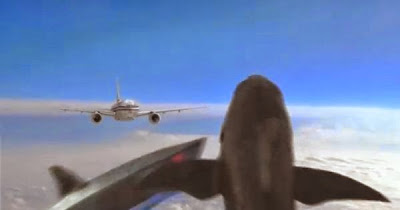 Labels: movie, movies
Email ThisBlogThis!Share to TwitterShare to FacebookShare to Pinterest
Posted by Harish P I at 7:07 AM