The Comment by Giriraj Singh and The Fair Game

Union minister Giriraj Singh uttered these lines last day and following his universal condemnation, even from his own party, has expressed regrets. As a responsible leader, he should never have said something like this. Anyone can see through the racist tone of his remarks.

First thing, it is wrong to generalise a women of one nationality and secondly he spoke of them in degrading tone. Third issue is that as Sonia is holding a responsible position from several years now and has proven her mettle, it is ridiculous to opine that her merit is her skin color. So it is indeed a shameful, politically motivated, sexist and racist remark that the minister made.

Being settled on all that, let us just go a bit more deep into his statement. If hypothetically we imagine that Rajeev Gandhi had indeed married an African and if she is as qualified and skilled as Mrs Gandhi is now, would we as a nation had given her the same level of acceptance? Just give it a thought with all your heart, with all your sincerity.

It is a known fact that Indians have an obsession with fair skin. A fair skin is our first identity of beauty, of innocence, of charm. We need our female actors and cultural icons to be fair skinned. In our market are numerous products that promise fairer skin to its customers. On our TV and other media we encounter ridiculous advertisements that praise the benefits of fair skin. And many of us shamelessly buy and use them, fully aware their promises are empty. Engaan biriyani koduthaalo?

After condemning the minister for his irresponsible remarks, it will also be worthwhile to just look into the Pandora's box that he has opened. In it we may find a face mirror and on that mirror we may see a hideous face staring back at us. 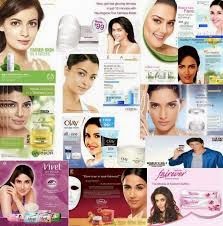 Labels: current affairs, India, politics
Email ThisBlogThis!Share to TwitterShare to FacebookShare to Pinterest
Posted by Harish P I at 7:50 AM