Graduating from being a boy to becoming a man is the most important event in a guy's life. The path that his later life takes depends on this crucial period. That is the reason why lot of 'coming of age' tales are told in novels and movies. Normally such stories take two routes- positive or negative. Siddharth Tripathi's debut novel The Virgins chose to take a safe middle path.

The Virgins tell the story of three friends- Guggi, Bhandu and Pinku, growing up in Banares. Pinku, a school dropout whose drunkard father is an abuser, leads a poor life. He falls in love with a girl who pointed a gun at him and decides to change his ways. Parents of Bhandu live apart and are on the verge of divorce. He used to be a good student, but his company and his frustrations over the impending separation of parents is making him lose his concentration. Guggi is the spoilt brat who is the master mind behind all schemes that always lands the trio in deep trouble. His biggest intention is to hijack and run the protection racket in his school. Then there are a pack of reckless supporting characters who adds much color to the proceedings. The story deals with how the ambitions of these motley crew gets intertwined.

The narrative beautifully portrays the rugged life in Varanasi. More than the plot (which is almost non existent), the beauty of this novel lies in its narration and characters. The pacing of the novel mirrors the recklessness of the characters. Lot of expletives are filled in the dialogues and it contributes to the authenticity. It takes some time to get used to the slang and atmosphere of the novel, but once you get the hang of it, it becomes enjoyable. The writer never tries to do change the natural flow of the story by involving any motivational element, nor does he makes the whole ending tragic, which is the usual norm in such stories. The climax is unexpected and chilling. It makes the reader to think back and re-evaluate the motives of characters. There are several laugh out moments studded in the narrative. Only minus that I can think of is the presence of several subplots that eventhough well written, just don't gel with the main plot.

Siddharth Tripathi has written a good debut novel and overcomes its incoherent plot with well developed, realistic characters and a galloping narrative. Its worth a read. 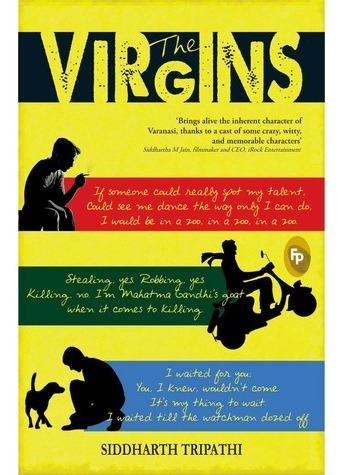 Labels: book, books, reviews
Email ThisBlogThis!Share to TwitterShare to FacebookShare to Pinterest
Posted by Harish P I at 9:19 PM